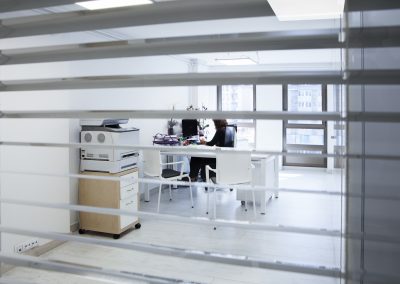 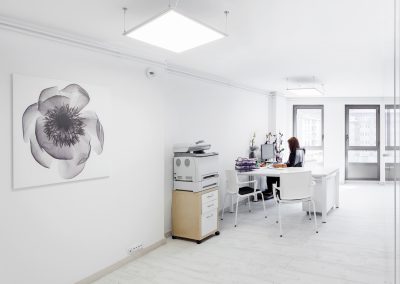 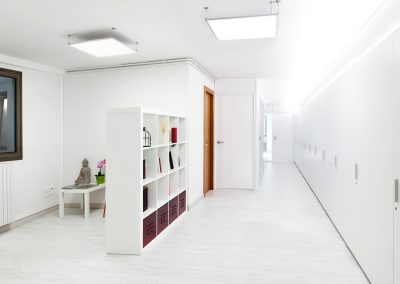 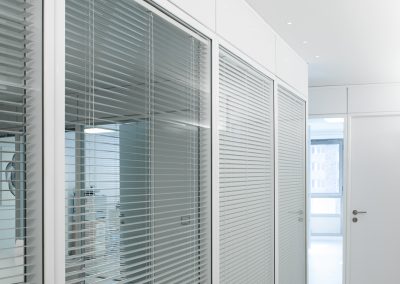 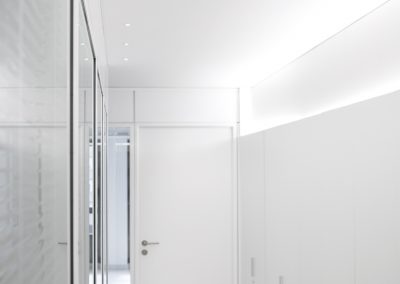 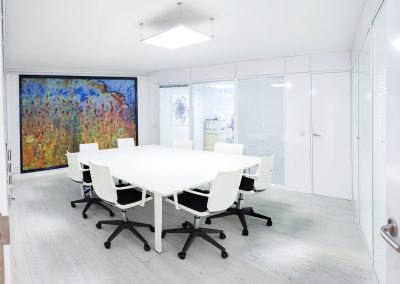 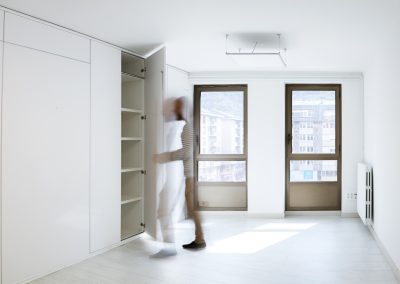 With this law firm we were looking for clarity and transparency. When we were commissioned for the project they wanted the premises to be able to be used by one or two companies that operate independently and have common spaces to share. In this way, we configured the distribution leaving two large rooms, so that 2 or 3 people could work in each one with all the private services for each company. As common spaces, we designed a large meeting room with facilities for projection, television, etc., and a large compartmentalised filing cabinet with separate keys along the whole of the passageway. A reception area or waiting room (which could also be used as a common administration or accounting area) was also planned. The ultimate goal was to create a flexible space to be used by different self-employed persons or small businesses in different situations.

When choosing materials, the use of office mobile division partitions was proposed to the customer: this is a designed system that allows its assembly, disassembly and reuse in future distributions without needing construction. It also controls the acoustics within the premises, thus solving the necessary privacy, as well as using blinds between glass, and thus graduating natural light or privacy between rooms.

In the rest of the design, we used lines and pure colours, without loading or defining too much space, only a large mural in the meeting rooms, and a technical light that brings modernity. In short, we are adapting to new ways of working.

This website uses cookies to improve your experience while you navigate through the website. Out of these, the cookies that are categorized as necessary are stored on your browser as they are essential for the working of basic functionalities of the website. We also use third-party cookies that help us analyze and understand how you use this website. These cookies will be stored in your browser only with your consent. You also have the option to opt-out of these cookies. But opting out of some of these cookies may affect your browsing experience.
Necessary Always Enabled

Any cookies that may not be particularly necessary for the website to function and is used specifically to collect user personal data via analytics, ads, other embedded contents are termed as non-necessary cookies. It is mandatory to procure user consent prior to running these cookies on your website.